Wow! We made it 100 podcast episodes! We have way too much time on our hands! But anyway, we did No Strings Attached by NSYNC. Everyone and their mother knows some of these bangers such as “Bye Bye Bye” and “It’s Gonna Be Me”. I was pretty excited about doing this album and had pretty high hopes. Can’t say I was let down but the album just didn’t quite live up to the hype for me.

Our guest The Ryan and co host Tyler both vehemently denied any of attempts at downplaying the greatness of this album. It just didn’t do it for me!

Besides the 2 previously mentioned bangers there was one track that I found to pretty damn good. “Space Cowboys” was a pretty badass song. It features Lisa “Left Eye” Lopez and has one helluva hook. I may even put this track on a party playlist! Prestigious! Another cool song is “It Makes Me Ill”. The song was written by the same guy who wrote “No Scrubs” by TLC and you can definitely get some of the feels from “No Scrubs”. 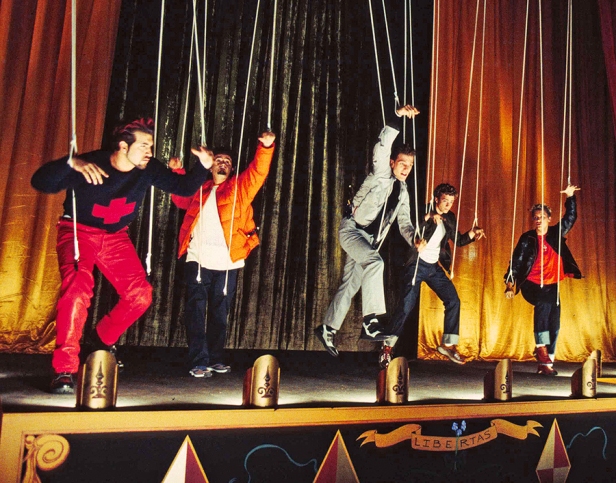 Now for the bad. “This I Promise You”. Horrible. Almost enough to kill the momentum of the album. There’s just nothing about this song I like. So imma move on.

I’m not sitting here typing this saying this album is bad or not fun. ‘Cus it was a fun listen and had a lot of great pop songs. So again, I’m not saying it’s a bad album I’m just saying that BSB’s Millennium was better. Fight me.