Sometimes it gets difficult selecting our album of the week. Mostly because it’s difficult to find an album that is front to back worth talking about for an hour and half. But alas! Tom Morello steps up and provides us with some amazing goodies. Enter The Nightwatchman.

The Nightwatchman is Morello’s side thang that he started up to allow himself to express himself, politically, while in Audioslave. Morello used The Nightwatchmen as a moniker for his uber politically charged folk songs. His first album, One Man Revolution, is chalk full of amazing folk songs inspired by Morello’s politcal, and person, views. 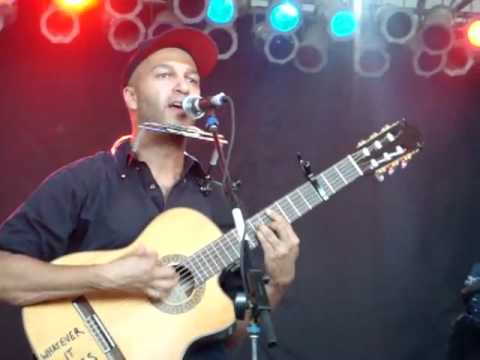 What really elevates this album is Morello’s intrepid vocals. Being a fantastic singer isn’t always a requirement to be successful but the risks Morello takes are admirable and fun. This all comes out in songs like “Flesh Shapes The Day”. His yelps help capture that blue collar, bar band, half drunk dude on a guitar you’d see after a long day of manual labor. Not all songs are over the top and adventurous, songs like “Road I Must Travel” and “Let Freedom Ring” show us that Morello can write catchy, upbeat songs too! Who’d of thought!

Anyway, if you haven’t already, check this out. Tom Morello is a phenomenal guitarist and has done some legendary stuff. It’s not everyday you’re part of a historic band then make some folky ass music that rocks people’s socks off! Oh ya, he plays the harmonica too, which is badass.