Our pick for this episode was a first for us! Normally we do an “Album” of the week but this week we chose and EP! WOWZER! Not actually that exciting but whatevs.

AFI’s “All Hallows E.P.” is a super dope EP with 4 tracks that are each more badass than the last. I’m not a die hard AFI fan but I do enjoy a lot of their music. I have listened to the different decades of music they’ve put out and although I don’t like everything they have done I do enjoy listening to them grow as a band.

“All Hallows E.P.” has some pretty rad cover art too. A colourful yet dark cartoon that pretty much matches the tone of the following 4 tracks. Easily the most recognizable track being “Totalimmortal”, partly because of The Offspring cover. Who AFI released this album from Dexter Holland’s own Nitro Records. 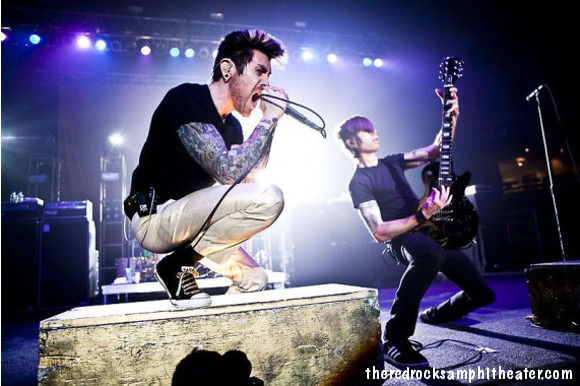 AFI is a cool band that has done some really great stuff. They pretty much have a song for everyone. It’s also noteworthy that this E.P. has a pretty cool cover a Misfits song. Because I’ve never really like the Misfits all that much I do think the AFI version is better. Obvi.