Aside from having one of the coolest names you could possibly have for, well, anything, Jedi Mind Tricks are nothing but amazing in the Hip Hop realm. Dealing with some really good socio-polical issues, they really dig deep into what it means to be underground hip hop. They don’t subscribe to the commercialization of their craft, they don’t embrace the lush lifestyle that many claiming to be Hip Hop now live. Jedi Mind Tricks were in the thick of the underground Hip Hop scene and left their mark for years to come.

Specifically, their first album “The Psycho-Social, Chemical, Biological & Electro-Magnetic Manipulation of Human Consciousness” really helped the underground scene gain popularity in the late 90’s. Yes, the scene had already been well established before JMT came into the picture with guys like Kool Keith but JMT really embraced the intellectual side of the movement. 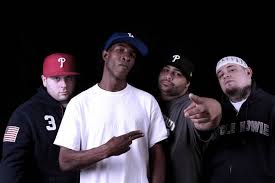 This album was inspired by a book of the same name.  The album is a good introduction on some of JMT’s later stuff that digs deep into what makes underground Hip Hop unique. The album focuses more on science and history rather than their political corruption from the latter albums in their discography.

If you are ready for some cool Hip Hop that will bring you back to what rap, in the present, could be then check out JMT. Or, if you’re just tired of hearing Drake, check out JMT.

Apostles Creed, Get This Low