For our 5th episode, Three Bubs Spit Game chose Pokemon Sun to dive into and discuss it on our podcast. I’m sure everyone and their mother has had some interaction with the Pokemon universe, especially after the Pokemon Go craze.

My personal background with Pokemon starts with the cartoon that we watched as a kid. Then came the card game. I collected hundreds of cards in my prime. Then we were hit with Pokemon Red and Pokemon Blue. Holy crap those were good games. Then my Pokemon interest stopped…for a long time. Come Pokemon Sun.

For some reason this game intrigued me enough to not only buy the game on launch day but also go out and buy a Nintendo 3DS. My nearly 20 year hiatus from the Pokemon world was met with such an awesome game. 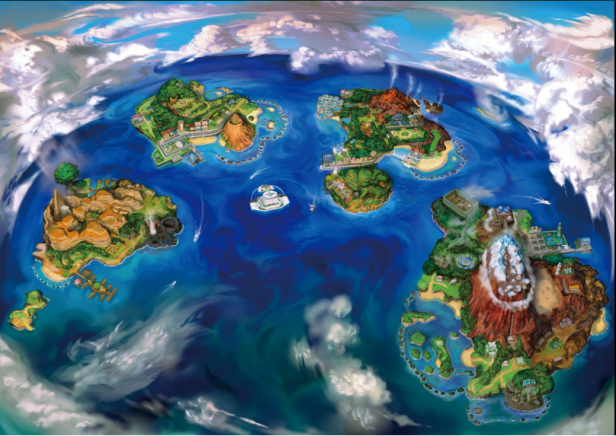 Pokemon Sun takes place in the tropical islands of Alola, very similar to Hawaii. Once again, you play a kid who goes off to become the Pokemon master. Pokemon Sun has so many features that I could write an essay about it. Not only is the current Pokemon count up to like 800 but Pokemon Sun takes some classic Pokemon and adds a sort of Hawaiian twist to em. Other features include online battling and training, an online fun zone with friends to be added and various games, and even a brand new 4 player battle royal!

Having been absent from Pokemon for so long it was nice to jump back into it and have my hand at catching em all. If you’ve been playing Pokemon for a while then most of what Pokemon Sun/Moon has to offer wont be too much of a shock. There are new features but for the veterans it wont be too crazy.

My only complaint is the music. The music from Red / Blue was great. Iconic even. The music in Sun/Moon is forgettable and without a real tune. But regardless, it was a super fun game and it pumped me up for future Pokemon releases!

One thought on “Pokemon Sun”